Excerpt from AJ 2015: A Dialogue with Peter Turchi

Alligator Juniper’s Managing/Prose Editor, Skye Anicca, explores mystery and the muse with Peter Turchi ,”one of the country’s foremost thinkers on the art of writing” as described by the Houston Chronicle.

Turchi is the author of five books and the co-editor of three anthologies. His stories have appeared in Ploughshares, Story, The Alaska Quarterly Review, Puerto del Sol, and The Colorado Review, among other journals. He has received Washington College’s Sophie Kerr Prize, an Illinois Arts Council Literary Award, North Carolina’s Sir Walter Raleigh Award, and fellowships from the National Endowment for the Arts and the John Simon Guggenheim Memorial Foundation. 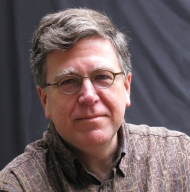 In this dialogue, published in AJ 2015, we invite readers to learn more about this incredible educator and writer.

SA: Clearly, you are invested in the teaching of creative writing, though in your most recent book, A Muse and A Maze: Writing as Puzzle, Mystery, and Magic, you’ve also written that “unlike a magical illusion, some of the most powerful effects of a story, poem, or novel actually do transcend rational explanation. Discussions of the writer’s craft, of conscious decisions, can take us only so far.” You also write that artistic “vision” cannot be taught, but it can be “cultivated.” How can the discussion-based workshop model support artistic mystery and the cultivation of vision?

PT: That’s a wonderful question. Madison Smartt Bell has written that workshops often become a fault-finding mechanism; consciously or not, participants (including the workshop leader) feel they haven’t done their job until they’ve found something “wrong” in the work up for discussion. More generally, many people, including Flannery O’Connor, have noted that workshops often encourage conformity to a conservative aesthetic, a familiar-looking story. It’s just as common to hear writers say, “If this story/novel by Alice Munro/Franz Kafka/Aimee Bender/Vladimir Nabokov had been submitted to a workshop, it would have been torn apart.”

So how do we avoid those pitfalls? We can try, always, to recognize the intention of the work on its own terms. We need to resist the impulse to turn a tractor into a Porsche, or vice versa. We can recognize what’s most interesting or intriguing in the draft, even if it seems unconventional, incomplete, or not yet fully persuasive. We should keep in mind that much of the poetry and fiction we most admire contains mysterious, even inexplicable elements . . .

SA: Your newest book points out that authors must distance themselves from their personal experiences in order to write about them effectively. Most writers have experienced the challenge of this deceptively simple advice. A Muse and A Maze offers strategies on how to do this, primarily directed at fictionalizing externals in order to preserve emotional power while allowing for distance. The book also imparts the following philosophical advice, applicable to all genres: our internal gaze must be intense, “as if we were foreign, like a scientist looking through a microscope at his own blood.” What does this aspect of the process look like for you—in addition to distancing exercises, what ways do you facilitate your ability to see yourself simultaneously inside and out? Are there some experiences from which you are unable to distance yourself enough to tell the story?

PT: While changing details of a person, event, or setting can help create distance between something from life and whatever it becomes on the page, most often the voice and tone I choose are enough to get me started shaping and re-imagining the material. Any event or response can be depicted in countless ways; as soon as I choose a perspective, I start to see the event differently, start to imagine its possibilities . . .

To read the rest of this incredible interview, please subscribe to Alligator Juniper.

The Winners of the Alligator Juniper 2015 Student Photography Contest

First Place: Will Flemer for “Untitled”

Second Place: Suzanne Morse for “Helping Hands Across the Mississippi” 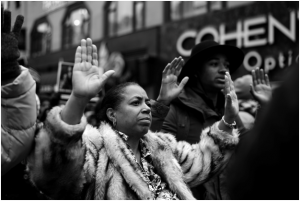 First Place: “Untitled” by Will Flemer 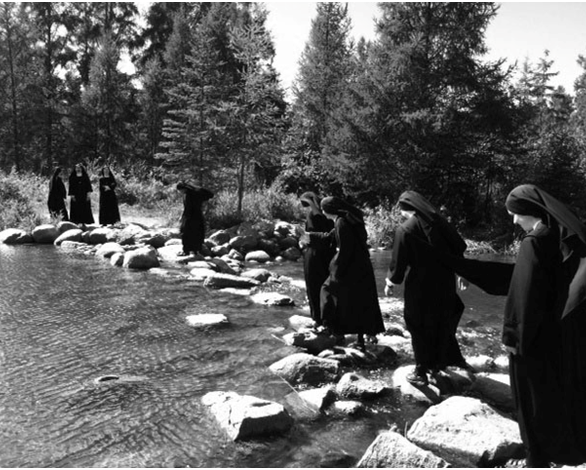 Second Place: “Helping Hands Across the Mississippi” by Suzanne Morse. This photo was taken in Itasca State Park, Itasca, Minnesota at the headwaters of the mighty Mississippi. The photographer was in the area canoeing and bicycling when she saw a group of nuns having fun as they were trying to cross the river. 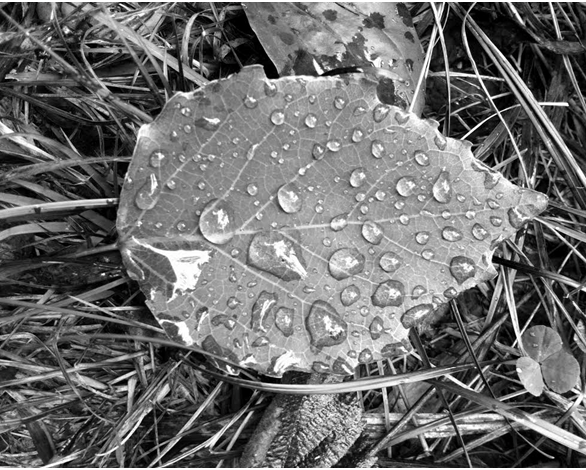 Third Place: “Autumn Rains” by Suzanne Morse. The photographer was hiking around one of the many trails in Itasca State Park, Itasca, Minnesota when she took a photo representing nature in the autumn weather.

In an Underground Bunker

Long it seemed to the mechanic

that they had settled on prayer;

but finally the words and their implications loosened,

subsiding into the noise of the buzzing generator.

the world was ablaze up there.

A red-eyed cousin rose to offer a fractured reflection

of the past week, of the horror, and the generator rumbled on,

that the mechanic hardly understood anymore.

The land, the country!

In a war waged on brothers,

families tore themselves from the throng

to find comfort in the removed dream underground.

Four men on horses of treachery!

They spin the wind high and push the sea down low.

You’re awake, He said, at last;

Have you read those voices of the past?

Your last, I said, those words;

Listed on pages and protected by sages…

Who told me those travels were not to be heard?

They tell me it hangs on the crucifix.

Reminder: Please leave your first-draft poetry in comments for a chance to be featured on our blog!

a call and response unwavering

communicating position among the darknesses

an owl moon shines down on all the consumable particles

i drag alone on my cigarette….. illumination

crickets sing in the undertones of melancholy

i hear an organ in the distance

what sounds like a gunshot at a neighboring house

i think about the Velveteer and her curls

i remember curves of orbit

in eyes of turquoise …goddess

envelopes cut up in ribbons

the phone signals a dying battery

the brakes have departed

ghost coasting down the cliffs of insanity

carrying a trunk load of locked up musical effigies

things are said in passing with no real meaning

the lion hangs around my house now

bony, with hair falling out

anyone else with lions

are showing up with missing limbs.

Grand Pre is hanging around

with a sombrero and an eye patch on his face,

the shadow of every eclipse

“You don’t have to say that!’ i tell them

the moons shadow follows me around like a rain cloud

the raven outside my window has gathered his cronies

Sly Simeon the politician slides in the door and holds up Victor,

tells me that hanging out with hims gonna get me killed

tells me the worlds on its side and its head

tells me i need to watch more television

packs him up and carries him off

the ravens turn their attention and shriek with laughter

hit the scene and fly behind lion.

the chaos in the alley woke the sun

i thought about looking for my trumpet

Just then William Randolph crashed through my window

got up, grabbed the fire stoker and and said

“there’s a war to win down in Cuba”

found a sperm bank flyer rubber banded on my doorknob instead

went to raise the flag outside

found a barrel of monkeys hanging on the line

“what’s the matter? can’t take a joke?” he said

I walked back inside and grabbed the waffle maker

threw it in my suitcase and headed off to work

it was a normal day

As the magazine does its thing at the printers, Alligator Juniper staff have decided to delight in the April celebration of NaPoWriMo or National Poetry Writing Month.

Yes, we know it’s already day three of April. This is not an excuse, but we’ve seriously been working night and day to format and bring to you—our writing family, fans, and loyal subscribers—the 18th issue of the magazine! So exciting, but we all need to just take a breather, sit back, read, and write poetry as we wait it’s arrival. To calm the nerves, you know.

On a rotating basis, the AJ office staff will be posting our own raw, uncooked, unrevised poetry. These are first drafts, y’all; that’s what it’s all about! We encourage all writers, no matter what your genre preferences, to give this NaPoWriMo a go. We would also like to invite our readers to post original poems in the comments. We will feature select poems along with our own throughout the month.

Keep connected: follow our blog and we’ll exchange the favor. Let’s generate some drafts for the National Writing Contest next fall…or just play, because spring, especially, is conducive to that!

Finding normality within Bipolarity. The inner musings of a chemically challenged manic-depressive. Mildly* asocial and a purveyor of awesome.

Lady or Not
Andra Watkins

St. John One: One

my name is hannah and i write about things sometimes

Calling all conversations!! What say you?

http://compellingpeople.com
What Inspires Your Writing?

A blog dedicated to writers...and the people, places, and things that spark their creativity

documenting my journey through life

A Blog About Health, Hiking & Happiness

a weekend of writing, community, and inspiration

Adventures and Studies in Mexico 2011